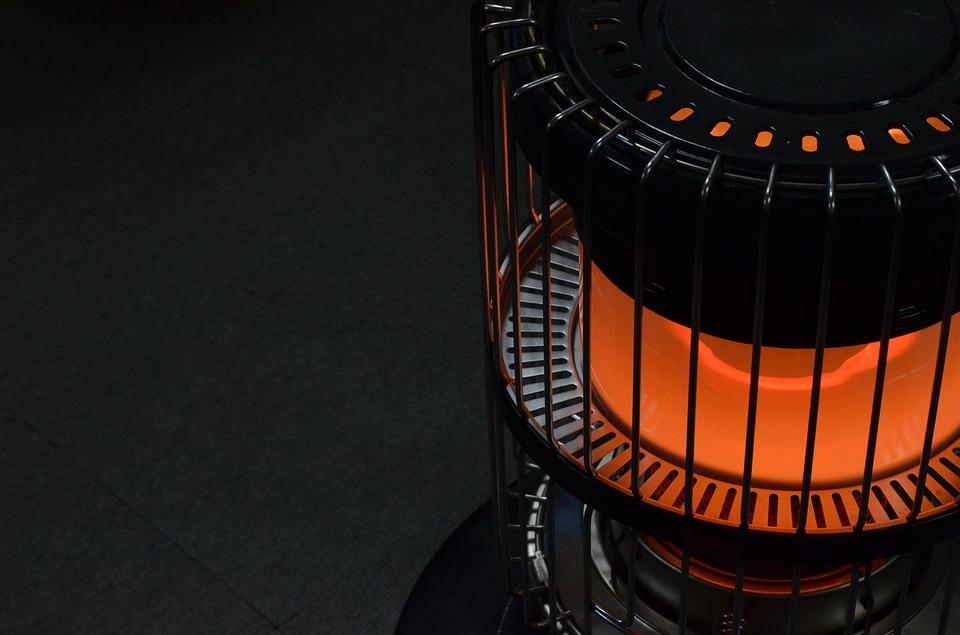 In the past few months, we’ve talked a lot about heating the home but for the most part, we’ve focused primarily on the concept of centralized residential heating in Austin. Generally, this means using a furnace, boiler, or heat pump unit to spread heat evenly throughout the home. Sure we’ve touched briefly on the idea of supplemental heating before using baseboard heaters, space heaters, or fireplaces, but that hasn’t been the focus. That makes sense as most people generally get by just fine using central heating alone.

But for some people, implementing some source of supplemental heating into their home is an idea well worth considering. To investigate this idea will be the aim of this topic of the day. Today we’re going to take a look at using space heaters, both as a main source of heating and mostly as a supplemental form of heating. We’re going to look at what range of products there are on the market today in the space heater world, what advantages using a space heater or space heaters can give you in terms of energy efficiency and comfort, and how to safely use one.

Generally, space heaters can be broken down into two types, convective and radiative. First, let’s look at convective space heaters. With convection heaters, heating elements either warm the air directly or heat oil or another filler, which in turn transfers heat to the air. The air then warms the objects and people in the space. Convective heaters are great for providing constant, diffuse heat in well-insulated rooms. Oil heaters warm up slowly but do not reach dangerous surface temperatures, making them safer, especially for those with children running around. Wire-element heaters, which may be fan-assisted, produce warm air more quickly but may pose a greater fire hazard.

Some have fans to assist this movement of heat into the air around the space heaters. Another benefit of convective space heaters and indeed most heaters is that they make very little if any noise.

The main advantage of radiative heaters is that the infrared radiation they produce is absorbed directly by clothing and skin, without first heating the air in the space. This makes them suitable for warming people in poorly insulated rooms, or even outdoors. There are types of radiant heaters that are more advanced technology-wise which gives them several advantages over earlier models. For example, quartz heaters are radiative heaters which were more efficient, in the amount and directionality of heating, by using coiled heating wire inside unsealed quartz tubing. The wires could thus operate at a higher temperature than practical with ceramic-supported wires or be thinner. If the heating elements were at a higher temperature, then proportionally more energy was radiated compared to open-wire heaters.

Halogen heaters comprise tungsten filaments in sealed quartz envelopes, mounted in front of a metal reflector in a plastic case. They operate at a higher temperature than nichrome wire heaters but not as high as incandescent light bulbs, radiating primarily in the infrared spectrum. They convert up to 86% of their input power to radiant energy, losing the remainder to conductive and convective heat. The halogen cycle reduces the darkening of the quartz envelope and lengthens the life of the filament.

Before we get into the more common implementation of space heaters which is as a form of supplemental heating, let’s look briefly at the option of using space heaters in lieu of centralized Austin heating. For people interested in building a rather small house who want to find the most optimal method of heating the house in the winter while using as little energy as possible, or for those who own an old house without the proper ventilation system for centralized heating, i.e. a home without ducts, using space heaters as one’s primary source of heating is an option.

Space heater capacities generally range between 10,000 Btu and 40,000 Btu per hour and commonly run on electricity, propane, natural gas, and kerosene. This means that they’re only going to be able to sufficiently heat one room per heater, and generally only medium to small-sized rooms, but for those with not a lot of space to cover, this can be a realistic option, especially for us in Austin who often doesn’t need a lot of artificial heating in the first place.

If there are only a few rooms which need to be heated, it can be more efficient to run space heaters than the central heating system. The best way to accomplish this is to get just a few space heaters and keep them in the rooms where they’re needed, as opposed to getting a separate space heater for each room in the house and keeping them all on all the time in an attempt to replicate the effect of central heating, which would be almost certainly inefficient compared to something like a furnace.

Now let’s look at the opportunity to use space heaters that most of you might find yourselves interested in, as a source of supplemental heating to increase energy efficiency in your home. Everyone wants to spend less money on utilities, and you may have thought previously about ways in which you could accomplish this, especially during the mild winters we tend to get in Austin. While you might think that shutting off the vents to the rooms that you don’t want to heat is beneficial, the truth is that doing so can do more harm than good to the overall performance of your HVAC unit. Being able to save energy is one of the main reasons why you should follow a supplemental heating strategy this winter. With the strategic use of space heaters, everyone in your home can be nice and comfortable without you having to worry about doing unintentional damage to your heating unit.

When you crank up the heat on the thermostat, in addition to paying to heat vacant rooms, you’re also paying for the energy necessary to force warm air through the vents and into those empty rooms. Space heaters also give you more control over the temperature in each room of your home. This allows everyone to be completely comfortable with their desired temperature. For example, if they prefer sleeping in a cold room or if they like sleeping in a warmer room, they can set their extra in-room heater to meet their wishes. Imagine not having to hear everyone complaining about the house being too cold or too warm and not having to toss and turn at night because you’re uncomfortable.

The concept is simple. You purchase a few space heaters and use them in the rooms in the house that are currently being occupied. This allows you to significantly turn down the central heating. That way the vacant and unused rooms are going to be much cooler and energy that normally would be wasted heating them constantly will be saved as you use only the energy needed to run the space heaters in the rooms which are being used.

For those in smaller households and those without a large number of household members, this is a strategy that can be implemented to great effect. Coming up with an estimate of how much you can save using this technique of supplemental heating is practically impossible as it requires the attention of too many factors, the size of the house, the size of the rooms, the number of household members, the heating preferences of the people in the house, how often they’ll be home, etc.

Before we close out this topic it is important that we touch briefly on space heater safety, how to use space heaters and what you should be aware of when using them. Fire danger is a concern worth being aware of as it is far more likely than you might imagine. Space heaters, wood stoves, and other supplemental heating sources are the leading cause of home fires during the winter months, trailing only cooking equipment. The National Fire Protection Association reports that fixed and portable home heating devices account for two of every three home heating-related fires and two of every three related deaths. In 2008 (the most recent statistics available), heating equipment was involved in an estimated 66,100 reported home structure fires, 480 deaths, 1,660 injuries, and caused direct property damage of $1.1 billion.

That being said, this possibility is fairly easy to mitigate to a significant degree if you follow a few simple rules and guidelines when using your space heaters. The biggest factor is the proximity of the space heater to flammable materials. This means anything such as bedspreads, draperies, upholstery, or clothing. Space heaters need at least three feet of clearance from anything that can burn.

You’ll also want to make sure the devices in your homemade to detect danger are always in working condition. For electric space heaters, this just means checking your smoke alarms once a month at least and making sure the batteries in each are always charged. For those with kerosene space heaters, the same advice applies with the addition of keeping your carbon monoxide detector in working condition. This detector should be inspected at least once a year. While the risk is low, there is a risk with gas space heaters of a carbon monoxide leak. This gas is odorless and invisible to the human eye, making it extremely dangerous if you don’t have a working carbon monoxide detector.

Space heaters can be used to great effect for many who are looking to cut back on heating costs this winter and for future winters to come. You can use them to avoid wasting energy heating rooms that aren’t being used with your central heating system or you can even use them as a primary heating method, especially during milder winters and in certain situations.

Don’t forget to get your whole HVAC system checked up on before each season as well. A healthy furnace and a healthy air conditioner are necessary for both your comfort and your wallet’s sake. It’s the best way to avoid needing costly heater repair in Austin. AC Express is an Austin heater repair company that can perform anything from routine maintenance checks to complete heater installations. For quality, professional Austin heating service, call today!