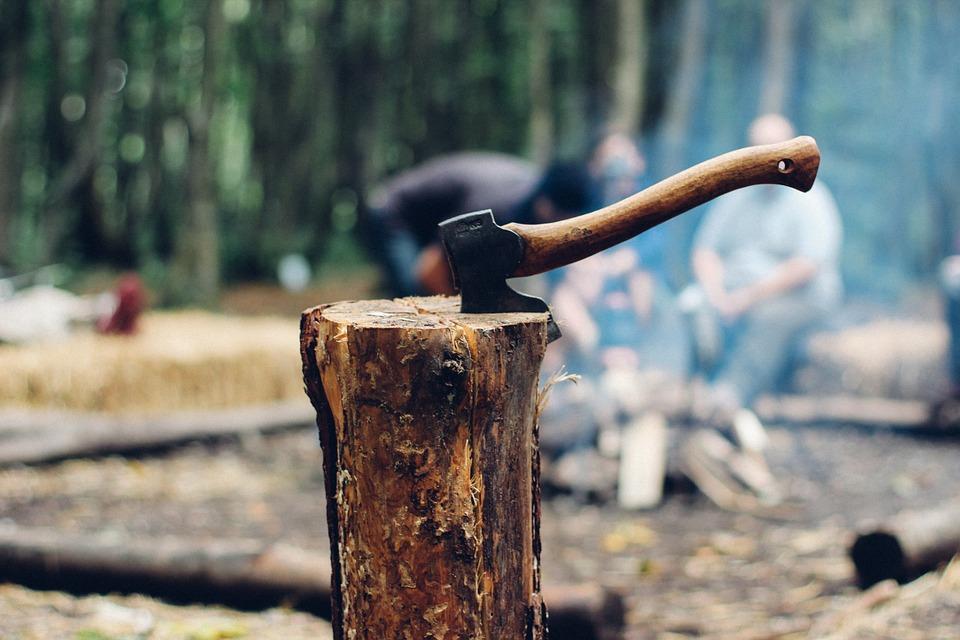 Throughout time, mankind has tried to use our mastery of the elements using technology to keep ourselves fed, safe, and comfortable. Shelter is up there with food and water as one of the most basic and fundamental needs that people instinctually yearn for and perish without. And shelter has a couple of important attributes. Shelter covers your head; shelter protects you from outside dangers; and shelter keeps you comfortable. And comfort depends in a large part on the temperature one find oneself in.

So, heating is a necessity to mankind. Artificial heating is the means through which we keep ourselves healthy, happy, and comfortable even in the dead of winter when other living things struggle to survive. But artificial heating has not had a static history. On the contrary, heating has a rich and ever changing history. The methods through which we heat our homes are varied and diverse, spanning centuries and cultures. In this tip, we’ll look at some of the hallmarks in the journey to modern heating we as a species have made. We’ll look at how we arrived to the modern furnaces and other systems we use for heating in Austin and throughout the world, how we got to what we have today from primitive heating methods.

Prehistory and the Romans

If we want to look at the whole history of home history we’d have to go back to before history was recorded, way before Austin heating was even a phrase that made sense, back to prehistory. Unlike home cooling, which didn’t come into play in human history until cities were developed, home heating was achieved about as far back as fire itself was. This makes sense because once you can make fire, it must not be long until you realize that you can use such fires to not only keep yourself warm but to warm up your entire shelter and all those within it.

There is evidence of campfires being made up to 1.5 million years ago. That accounts for the majority of human history. The hows and whys can only be speculated upon, but we do know from archeological evidence that Homo erectus and Austra-lopithecus used fire at that time as a practical tool. At some point the campfire was brought inside caves and huts. The oldest arrangement was a central fire and a central roof opening for smoke to escape.

The Romans though, are often credited with inventing the first central home heating system. They channeled hot air from a furnace through pipes placed behind walls and under floors. Although really, who you credit can depend on your dates and how you look at the evidence. The early Koreans also had a similar system, except they used excess heat from cooking stoves to heat the air. Some of the early Muslim architects are also known to have constructed pipes under floors to keep the entire building warm.

The Greeks also developed a simple central heating system. The Temple of Ephesus was heated by Flues planted in the ground and circulating the heat which was generated by fire. As far as the Romans went, buildings in the Roman Empire used central heating systems, conducting air heated by furnaces through empty spaces under the floors and out of pipes in the wall. This system was referred to as a hypocaust.

The Roman hypocaust continued to be used on a smaller scale during late Antiquity and by the Umayyad caliphate, while later Muslim builders employed a simpler system of underfloor pipes. For the most part, this Roman central heating system was reserved for the rich. The heating system was kept going by slaves, who kept a fire blazing in a furnace to heat warm air. The warm air moved around the building through spaces under the floors and between the walls. The underfloor space was made by raising the floor on top of piles of tile or stone. After the collapse of the Roman Empire, overwhelmingly across Europe, heating reverted to more primitive fireplaces for almost a thousand years.

To get closer to modern heating systems you need to zoom forward a bit in time. The next big advancement was the invention of the chimney. The origins of the chimney flue probably lie with the Normans, who used sidewall flue openings in place of the previously used central roof vents. Many sidewall flues were constructed at an oblique angle upward, thus beginning a transition to vertical chimney construction. After the 14th century, chimneys appear in written literature. However, their use seems to have spread very slowly.

At this point though, fireplaces were still the main device for heating the home. This still remains a relatively ineffective method of heating a large area. A lot of energy is lost as smoke in any fireplace system, even in those today. The first implementation can be credit to a single building in 1793. William Strutt designed a new mill building in Derby with a central hot air furnace in 1793, although the idea had been already proposed by John Evelyn almost a hundred years earlier. Strutt's design consisted of a large stove that heated air brought from the outside by a large underground passage. The air was ventilated through the building by large central ducts.

The next big change happened with the transition to stoves. The stove also has a bit of Benjamin Franklin’s history in it, the renowned inventor and American founder who seems to have been a part of ever significant invention in the 18th and 19th century. He invented a safer, more efficient stove in 1741, a variation of which still bears his name today. Wood at this point was still used as the primary fuel source for home heating. The problem with this is that wood isn’t an easy material to get consistent, long lasting burning out of. It is inefficient often and requires a lot of work on the part of those who are keeping the fire going.

So in the 19th century the world turned to coal as its primary fuel source for fire making. Around 1885, coal surpassed wood as the nation's primary fuel. Coal carts and later, trucks, would deliver piles of the fossil fuel to basements across the country, where early versions of the furnace burned it and then distributed heat throughout the house.

The way most people get warmth into their home these days is by either using air or water as a conduit for heat. These two methods are important developments in the history of central heating systems. By the end of the 19th century the invention of low cost cast iron radiators would bring central heating to America’s homes with a coal fired boiler in the basement delivering hot water or steam to radiators in every room. At about the same time, in 1885, Dave Lennox built and marketing the industry’s first riveted-steel coal furnace. You might recognize that name as the same as the company that now produces some of the most widely used air conditioners on the market. Without electricity and fans to move air, these early furnaces transported heat by natural convection (warm heated air rising) through ducts from the basement furnace to the rooms above. These two methods would dominate home central heating until 1935, when the introduction of the first forced air furnace using coal as a heat source used the power of an electric fan to distribute the heated air through ductwork within the home.

In the end, not a lot has changed when it comes to heating technology. Of course, that’s an oversimplification. Much has changed, but many of the core concepts and ideas remain the same. The basic idea of using a furnace to warm a home has been in place for much longer than one might imagine. Most people in the North America these days use forced-air natural gas burning furnaces. Early furnaces were rated by fire pot size and/or by the volume of building air they would heat. There was no standard for rating, and identical furnaces sported different ratings by different manufacturers. Outlandish claims were made, and by 1900 many manufacturers had gone out of business or merged due to a raging price war. The price war had resulted in wilder claims for the cheapened products.

By the mid-1920s, heating could be said to have advanced to a pure form of democracy. Everyone could participate. Heating devices and systems had become relatively inexpensive and almost completely reliable. Their efficiency had been improved. One could avoid the basement for weeks at a time and safe, effective heat was only as far away as the nearest thermostat. The state of heating would advance at an even more astounding pace, such that our predecessors would stare in wonder at what has been accomplished.

From wood to coal and water to air, there is a rich history in mankind’s timeline of methods, fuels and designs used to keep us warm. Our quest to conquer the elements and our environment seems to know no bounds and the history of home heating technology is demonstrative of this. Coal, heating oil, natural gas and electricity, basically every fuel one can imagine has at one point been a popular fuel for keeping ones house warm.

Nowadays, there are more options than ever. You can have a heat pump, a furnace, a boiler or any sort of the many varieties of home heating systems. And all of these systems will need looking after to remain at their best. Regardless of what kind of central heating system you have, AC Express can help you out if it ever needs maintenance or repair. Heater repair in Austin is our business and we operate all throughout the area, from Kyle and Manor to Leander and Liberty Hill. If you ever need Austin heater repair, call us at AC Express!