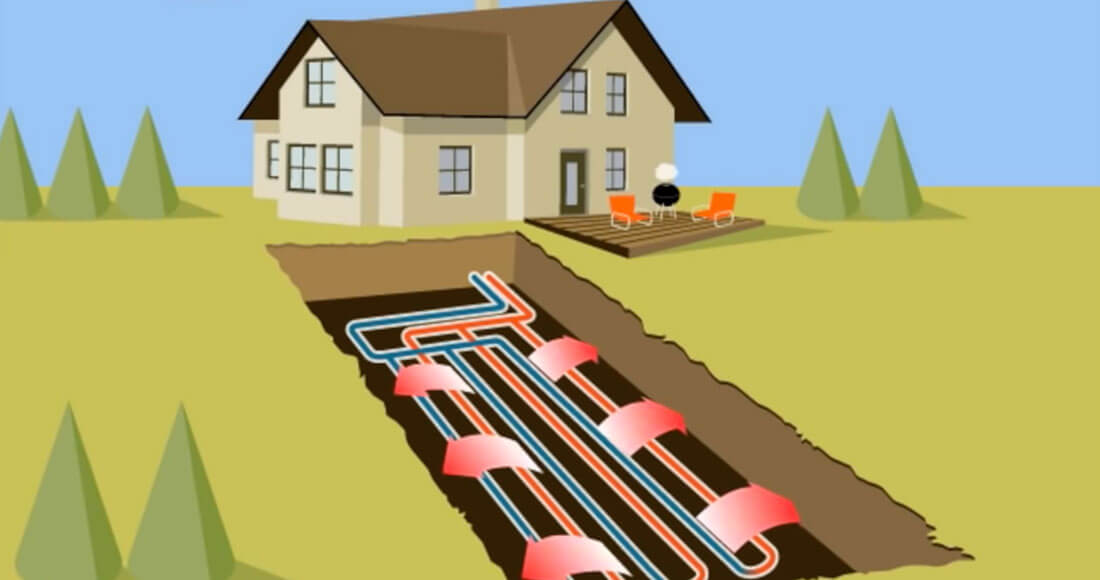 There are a lot more options out there today when it comes to how you can heat your home in the winter than ever before in human history. As technology advances, new types of heating systems are invented and types that have already been invented are improved upon, becoming more efficient and more cost-effective and affordable. Austin heating is wide field filled with many possibilities. Today, we’ll talk about one particular technology that has been gaining some traction as of lately in the world of heating and cooling. That technology is geothermal heat pumps.

The Basics of Geothermal Heat Pumps

First, I’ll briefly mention some of the other names that geothermal heat pumps go by so that if you see any of these phrases you’ll know they likely all refer to the same concept. Sometimes you’ll see them referred to as their acronym GHP. They also are sometimes called GeoExchange, earth-coupled, ground-sourced or water-sourced heat pumps. This type of heating and cooling system has existed since the 1940s, as advanced as they seem.

To put it simply, in the same way that normal heat pumps use air as the medium for transferring heat to and from a household, geothermal heat pumps do the same but use the constant temperature of the earth below the house as the medium and source of heat and heat displacement. Geothermal heat pump systems consist of three parts: the ground heat exchanger, the heat pump unit, and the air delivery system, which is the ductwork in the house. The heat exchanger is a system of pipes called a loop, which is buried in the shallow ground near the building. A fluid (usually water or a mixture of water and antifreeze) circulates through the pipes to absorb or relinquish heat within the ground.

Although many parts of the world experience seasonal temperature extremes, like Austin to some degree, from scorching heat in the summer to freezing or near freezing cold in the winter, a few feet below the earth's surface the ground remains at a relatively constant temperature. Depending on latitude, ground temperatures range from 45°F to 75°F. Like a cave, this ground temperature is warmer than the air above it during the winter and cooler than the air in the summer. Geothermal heat pumps take advantage of this by exchanging heat with the earth through a ground heat exchanger.

Just like a normal, air-based heat pump, geothermal heat pumps function both as the heater in the winter and the air conditioning provider in the summer, and if so equipped, they can be the water heater as well, making them very versatile. As far as how they work, there are a couple of different ways, depending on the model and type of geothermal heat pump.

Geothermal heat pumps can be categorized as having closed or open loops and those loops can be installed in three ways: horizontally, vertically, or in a body of water. The type chosen depends on the available land areas and the soil and rock type at the place of installation. These factors will help determine the most economical choice for installation of the ground loop.

Closed-loop systems can be water-based or refrigerant-based. For water-based, water or antifreeze solution is circulated through plastic pipes buried beneath the earth's surface. Refrigerant-based relies on refrigerant, like the kind used in regular air conditioners, directly flowing through copper tubing buried in the ground. During the winter, the fluid absorbs heat from the earth and carries it through the system and into the building. During the summer, the system reverses itself to cool the building by pulling heat from the building, carrying it through the system and placing it in the ground. This process creates free hot water in the summer and delivers substantial hot water savings in the winter. In this way, geothermal heat pumps work remarkably similarly as normal air-based heat pumps. It just all happens underground where earth temperatures are consistent year-round, providing many advantages.

Geothermal heat pumps use much less energy than conventional heating systems, since they draw heat from the ground. They are also more efficient when cooling your home. Not only does this save energy and money, it reduces air pollution. This all makes geothermal heat pumps a great way to reduce your carbon footprint and use energy more responsibly, which is a big reason why more and more people are looking into geothermal heat pumps and how to make them even more widely implemented and available.

The biggest disadvantage of geothermal heat pumps and the reason most people don’t ultimately consider them for their own home is the cost of installation. Because you’re dealing with digging deep into the ground and installing delicate systems in the earth beneath your house, you’re naturally going to have a high initial installation cost. Because the project to install a heat pump requires deep drilling and precise measurements, it's very important for everyone involved, mechanics, construction crews, architects and sometimes environmental officers to work together to install a geothermal heat pump system properly. As a result, the project can become costly and take longer than one would hope for.

Also, because they require so much space and usually are installed beneath the house or nearby, they aren’t a good option for those with an already existing house. They are almost always installed along with the construction of the house and not as a retrofit, replacing an older heating and cooling system on an existing house.

Some types of geothermal heat pumps can lower the water table and also tend to be more expensive than other heating solutions to maintain and repair. Some types have other drawbacks as well. For example, an open-loop system can often require large sums of water to work. For those who pay for their water supply, this additional cost can be alarming. This can also restrict the use of open-loop systems in homes to those who live anywhere near a major body of water such as coastal regions.

For those that are looking at building a new house and want a heating and cooling system that is both efficient, effective, and cuts down on pollution and energy wastage, geothermal heat pumps can be a great investment, despite the high installation cost. Even though the installation price of a geothermal system can be several times that of an air-source system of the same heating and cooling capacity, the additional costs are returned to you in energy savings in 5 to 10 years. This makes geothermal heat pumps a great option for those looking to stay in their next house for a long time. System life is estimated at 25 years for the inside components and 50+ years for the ground loop. There are approximately 50,000 geothermal heat pumps installed in the United States each year. This is an exciting type of heating and cooling technology that is becoming more and more popular and economically viable.

Ground source heat pumps, also known as geothermal heat pumps, are electrically powered systems that tap the stored energy of the greatest solar collector in existence: the earth. These systems use the earth's relatively constant temperature to provide heating, cooling, and hot water for homes and commercial buildings. This technology, having existed since the 1940s, is not exactly new, but it does have many benefits and the models are getting more advanced and efficient all the time. It’s a great option worth considering, especially for those looking to build a new house and who plan on staying there for quite a while, and want an efficient and environmentally friendly alternative to traditional heating and cooling methods.

For those who have any type of heating and cooling system and find themselves in need of heater repair in Austin this fall or winter, consider AC Express. AC Express is an Austin heater repair company that operates all across the Austin area, from Cedar Park and Hutto to Liberty Hill and Leander and more. Heating in Austin doesn’t have to be a hassle. Call today!