As the cool weather starts to come through Austin, heating starts to become more 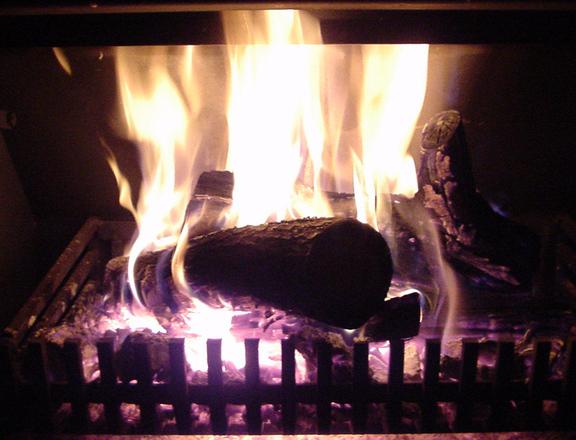 and more necessary. Right now it may only be at night and during the early morning but eventually we’re going to have to retire our air conditioners for a few months and switch over to the heaters in our home as our sources of comfort and control over our inside environments. As such, now makes a perfect time to learn more about the things that heat your home, and the process of home central heating, before heating in Austin reaches its peak.

There’s a lot of information out there regarding how houses are heated and how heaters work and not all of that information is accurate. Some of the information that circulates in the world, whether it be through misguided internet posters or pure word of mouth, contains myths about the workings behind central heating. Some of these myths, if believed and followed, will result in you spending more money on heating than you need to or just wasting your time. To avoid this, the following tip will be comprised of a number of common myths about heating and heaters that can prove to be detrimental to your heating experience if followed, why they’re wrong, and what to do instead.

Myth #1: Ceiling Fans Should be Off During the Winter

This is a widely believed myth, and part of the reason it is believed is because of another similar and common myth, the myth that fans produce cool air. This myth makes sense to most people because when you use a fan you feel cooler. The problem with this belief is that the fans themselves don’t actually produce any temperature change in the air, hot or cold. The reason you feel cooler when a fan blows over you is because of the effect of air being blown over your skin, which creates the sensation of being cooler.

Fans can be used during the wintertime as a method of spreading the hot air produced by your heater more efficiently. After all, the heater itself uses a fan to get the air around your home in the first place. The only thing you have to do differently in your use of fans during the winter over during the summer changes the direction of the fan. Flick the switch on the fan to make it spin in a clockwise direction and you’ll force down the warm air that has risen to the ceiling, making your home feel warmer without increasing your furnace’s output. Of course, this tip applies only to fans that have the option to switch directions. If you leave your fan blowing air downwards, it won’t help you keep warm at all, and in fact, will have the opposite effect.

Myth #2: Fireplaces are an Energy-Efficient Way to Warm your Home

Some people believe, either intuitively or because they’ve been told, that running the fireplace is a great way to keep the house warm without having to use the heater as much, therefore saving money on energy bills. The problem with this belief is that fireplaces are actually pretty inefficient when it comes to heating large spaces. When you open the flue in your fireplace, you essentially open up a vacuum for air to escape. While this escape is great for smoke and gasses, it’s not great for the rest of the warm air in your home. Many people find that when they have a fire, the other rooms in their home are colder, and that’s because the flue is sending all of your heat up and out of the chimney.

Now, this isn’t an argument against using fireplaces at all. Fireplaces are a great addition to a home and can be very pleasant. But they should be used for their own enjoyment, to increase ambiance and for days when you’ve got people spending quality time together all in the living room. They shouldn’t be used as a method for heating your whole home without having to use the heater as much. You’ll find problems with trying that technique.

Myth #3: Water Heaters are by Default Set at their Most Efficient

This is an easy money-wasting trap to fall into mostly because people generally don’t think too much about their water heaters. They know they can get hot enough water when they need and they aren’t too concerned otherwise. It’s usually only when our water stops getting hot that we think about our water heaters and look into them.

The problem with this is that water heaters are often fairly inefficient, and part of the reason is that they heat water more than it needs to be a heater, under the assumption that too much heat is better and less noticeable to the consumer than not enough heat. As it turns out, heating your water typically accounts for about 18 percent of your household utility bills. You could save $24 to $60 annually by lowering the thermostat of an electric water heater to 120 degrees Fahrenheit, down from the manufacturer's default setting of 140 degrees Fahrenheit, according to the EPA. This will still leave you with water that’s plenty hot, just without the ability to get it all the way to 140 degrees hot, which is hotter than most of us want for our showers and dishwashing anyway.

This is one of those myths that may seem intuitively to make sense before one really learns about how heaters and air conditioners work. It seems like it could be true because it is similar to how we expect other things to work in our lives. Some think that raising a setting higher will cause the system to reach that system quicker. And that belief often carries over into the land of central heating.

So, let’s say you just got home from a long day at work. The weather outside is chilling you to your bones despite your layers of jackets. You step inside expecting to feel the warm relief of an artificially heated home. Instead what you find is a home that’s only marginally warmer than outside. You remember that you set your thermostat much lower when you left for work as a way to save money. That was a good idea, but it doesn’t seem like one right then. So, the counteract this, you crank up the heat farther than you normally keep it in an attempt to get the house as warm as possible as quick as possible.

The problem with this action is simply that this isn’t how heaters work. Think of a heater as a light switch and not one with a dimmer setting. It’s either on or off. Regardless of how high you set the temperature, the heat is going to move through the home at the same rate. So all you do by cranking the heat up is wasting energy on heating the home past the temperature you find reasonably comfortable. Get in the habit of this and you’ll be looking at significant losses on your energy bills.

Myth #5: You Can Save Money by Using Several Space Heaters

Space heaters have their time and their place. But it is a common belief among some that if you really want to maximize your energy bill savings, you can supplement your gas furnace with the use of several space heaters throughout the most used rooms in your home. The idea is that you can keep your furnace running much lower and instead use the space heaters to do the bulk of the work to heat your home.

There are multiple problems with this belief. The first is that space heaters use quite a bit of electricity and electricity isn’t as efficient as natural gas in most instances. Using electricity to heat your home can cost between three to five times what it costs to heat the same space with a gas furnace, which means it might cost the same to heat just a few rooms. In fact, in most instances, everything will work out to be the same cost, or more, if you’re not careful with balancing your furnace usage and space heater usage. The multiple space heaters are all going to be using plenty of electricity and your furnace will likely have to be on anyway, even if it isn’t working as hard. In the end, it would be very difficult to save any money using this method.

Space heaters are great if you’re only looking to stay warm in one room in the house for a while, or if you don’t have central heat and are looking for the next best thing. They shouldn’t be used as an all-around central heating supplement though.

When it comes to replacing windows, this is one instance where the cost-benefit analysis will almost always favor the side of saving the money rather than investing in the energy-efficient alternative. This is because the amount of energy that is saved by switching from old windows to newer, energy-efficient ones isn’t significant enough to offset the cost of the new windows at least for many years.

So, replacing drafty windows with energy-efficient ones will save on energy use. But windows are so expensive, often thousands of dollars, that the break-even will be measured in decades. Among energy upgrades aimed at saving money, replacing windows might rank dead last. If you’re building a new house, it makes sense to go for the energy-efficient windows, but replacing all the windows in your house with windows that will be marginally more energy efficient just isn’t that efficient money-wise.

As you can see, there is a lot to know about heating your home in the fall and winter if you want to maximize your energy usage. There are myths out there which seem very compelling at first until one looks underneath at the economics and science of it all. The truth is that many people believe things about heating that lead them to form habits that often are counterproductive. Hopefully, some of these myths were sufficiently debunked in this tip.

As we enter the colder months, make sure you have your heater checked out and given a tune-up if you haven’t this year yet. It is recommended that everyone get a tune-up and a preventative maintenance visit for their heater at least once a year if they want their heater to last a long time without needing many serious repairs. But if you do ever need heater repair in Austin, you don’t have to despair. AC Express is an Austin heater repair company that operates all over the Austin area, from Cedar Park and Georgetown to Pflugerville and Round Rock, and more. For excellent heating service in Austin, call AC Express!