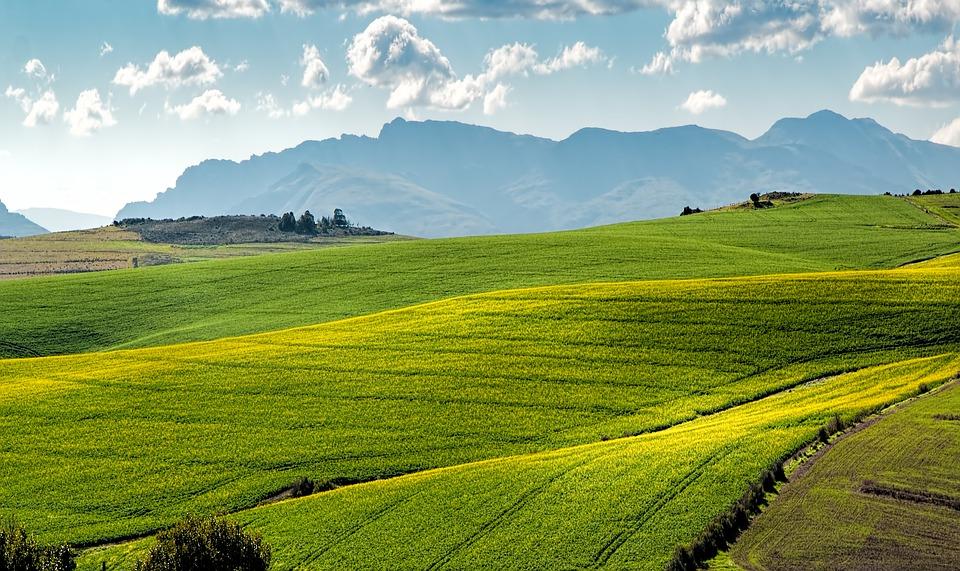 One of the most exciting things about residential heating and cooling is its potential to be a trailblazing sector for the introduction and commercialization of clean energy sources. As we march further into more and more technologically advanced eras we’re looking for ways in which we can continue to deal with the increasingly high energy demands our lifestyles place on our fuel sources and the ultimate goal is to make renewable and green sources of power and energy widespread, cheap, and available. Some people have already started experimenting with ways to take this philosophy and apply it to their home heating and cooling systems. One of those ways is using biofuel for your Austin heating needs.

Biofuel is an exciting new fuel type that believe it or not can be used by anyone with an oil-based furnace. It doesn’t require any sort of advanced type of heater and many out there right now can easily start using biofuel to heat their homes. Even those without an oil furnace can switch to one and might find that that is the right option for their heating in Austin, especially if they have an older and outdated heater that is on its way to needing replacement anyway.

The term biofuel refers to any kind of fuel that is produced directly out of living matter, most notably that of plants, rather than through nonorganic material such as most other types of fuel, coal, oil, etc. Bioenergy is the term used to refer to energy produced through the usage of biofuels. Currently, bioenergy covers approximately 10% of the total world energy demand. Traditional unprocessed biomass such as wood, charcoal and animal dung accounts for most of this and represents the main source of energy for a large number of people in developing countries who use it mainly for cooking and heating. In other words, biofuel sounds like a new concept but it’s really just a broad term that covers both new techniques and strategies for getting energy out of biological matter and very old and common forms of this phenomena, the most notable of which is of course wood burning.

More advanced and efficient conversion technologies allow for the extraction of biofuels from materials such as wood, crops and waste material. Biofuels can be solid, gaseous or liquid, even though the term is often used in the literature in a narrow sense to refer only to liquid biofuels for transport. Biofuels may be derived from agricultural crops, including conventional food plants or from special energy crops. Biofuels may also be derived from forestry, agricultural or fishery products or municipal wastes, as well as from agro-industry, food industry and food service by-products and wastes.

When we’re talking about heating our homes with biofuel, we’re most often referring to a specific kind of biofuel called biodiesel. Biodiesel is a renewable, biodegradable fuel manufactured domestically from vegetable oils, animal fats, or recycled restaurant grease. It is a cleaner-burning replacement for petroleum diesel fuel and can be used both for transport and heating purposes.

Benefits of Biofuel over Heating Oil

We’re going to look at both the cases for and against the use of biofuel as a home heating fuel because it isn’t a clear-cut comparison, but first let’s look at what biofuel has over typical oil heating methods. The biggest benefit is exactly what you would expect. Biofuels are substantially cleaner burning and environmentally friendly when it comes to what your fuel is putting into the air as a byproduct when you use it. There is less carbon monoxide emission, less particulate matter and unburned hydrocarbons. Biofuel contains virtually no sulfur so it doesn’t contribute in any way to the acid rain phenomenon.

Typical heating oil doesn’t have these benefits. So for those concerned with their impact on the environment and those looking for ways in which they can make a difference and shrink their carbon footprint, biofuel represents an attractive option. And this comes with the other main plus that biofuel isn’t particularly more expensive than regular heating oil, a surprising fact to many. It’s not as far out of reach as you might imagine. Give or take ten cents per gallon, the two heating oil types are comparable in price.

Another benefit is more of a macroeconomics one. The potential for reducing our reliance on imported crude oil with the increased use of biodiesel as a heating fuel additive is substantial. Officials at the USDA Agricultural Research Center in Beltsville, Maryland, estimate that if everyone in the Northeast used a B5 blend in their oil furnaces (that’s 5% biodiesel and 95% heating oil), 50 million gallons of regular heating oil a year could be saved. In other words, the widespread adoption of biofuel as a heating resource in America could make a significant dent on our reliance on foreign oil. Biodiesel is produced in America on American farms and thus an increase in its demand would mean more jobs and a boost to the energy sector of this country’s economy.

The first drawback of biofuel isn’t so much a drawback per say as it is a major caveat to the biggest benefit of biofuel, and that’s the environmental perspective. While it is undeniably true that when looking at one person’s usage of biofuel in the home, their carbon footprint is going to be significantly smaller than of an identical home that uses standard heating oil, looking at the bigger picture becomes more complicated.

That’s because the bigger picture involves all the inputs needed to create biofuel and those are significant. To grow an oil plants it takes synthetic fertilizers and even more diesel, mainly fossil diesel to run tractors and harvesters, and also to transport rapeseed seed to refinery and fuel to your home. Despite the fact that the latter also goes for fossil fuel oil too, it diminishes the difference in overall environment friendliness between these two.

Then there’s also the consideration of fuel versus food. This is the idea that in a world with an increasingly strenuous demand on farmers for producing enough food for all of us do we really want large swaths of our farmland usage to produce fuel for heating when other methods for heating are available? It’s a big question, the answer to which is well beyond the scope of this article, but suffice to say, deciding just how much of a benefit to the environment the widespread adoption of biofuel heating would be is complicated.

Another drawback of biofuel is that it doesn’t perform nearly as well in particularly cold climates. For those in cold climates, you have to be careful about where your fuel is stored because without the proper precautions your biofuel could be rendered useless for heating purposes. If you have oil heat in your house and you have an oil tank that it outside your house, then in the winter you should not use more than 5% biodiesel. You’d have to use a blend that would be very high on the standard oil side, in other words. But, if your oil tank is inside your house, like in your basement where the temperature will never get below around 40 degrees Fahrenheit or so, in that case, you can use up to 100% biodiesel and you can use it in a conventional oil heating system with conventional components. You simply have to make sure that you receive high-quality biodiesel, which is called ASTM grade biodiesel. The reason that's important is that most states have a legal requirement that in order to sell biodiesel; it has to meet these ASTM quality standards.

How to Use Biofuel to Heat Your Home

One surprising pro to considering biofuel as a heating fuel is just how easy it is to adopt it. Those who currently use a furnace that runs on heating oil have just about all the equipment they need to use biofuel already. Because the makeup of biodiesel is so similar to standard diesel, it can be used as a replacement fuel in any machine that runs on diesel.

That being said, there are a few things to consider and check before making the switch today. The first thing you’ll want to do is to check your burner pump seals for corrosion. Anything such as cracks, rust, or missing pieces should be taken care of before making the switch. Biodiesel is a solvent and can cause seals to corrode faster than petroleum-based furnace oils. Because biodiesel is a solvent, however, it will help to remove sludge from the walls of the oil fuel tank. This sludge can clog up filters. Clean your filters regularly when you first switch to biofuel to ensure that your furnace operates optimally. Biofuel is a much cleaner-burning fuel, so once the sludge buildup has been removed, you will find it necessary to clean your filters less often. In addition to a burning cleaner, biodiesel produces fewer emissions, including carbon dioxide, carbon monoxide and nitrogen oxide.

As mentioned the previous section, you’ll also want to make sure your fuel tank is either artificially heated or is kept indoors or underground. Biofuel has one major drawback when it comes to convenience and that’s that it will gel up and become unusable if stored in cold temperatures.

It is also worth starting out slow when switching from petroleum-based oil to biofuel oil in your heating system. By that I mean you’ll want to start out with a blend that’s very heavily petroleum in mix and with only a small percentage of biofuel. Then you can slowly work your way up to blends that fall more heavily on the biofuel side. Some people even take this all the way to using 100% biofuel but this can be risky when it comes to the possibility of further corrosion of your system’s components so it would be recommended that you get your system checked out by a professional before attempting this.

Biofuel is an exciting new avenue for heating one’s home that has many great benefits for the environment on a macro and micro scale. It is surprisingly easy to adopt and implement as it doesn’t require a special type of heater and the cost of the fuel is competitive with average heating oil prices. As with all fuel sources, there are both drawbacks and benefits so consider your own fuel source needs and situation and perhaps you’ll find that biofuel is something worth looking into.

For those with any type of heater that are looking for the best heating service in Austin you need look no further. AC Express is an Austin heater repair company that delivers top-notch service to our customers throughout the Austin area, from Hutto and Manor to Pflugerville and Round Rock. If you find yourself in need of heater repair in Austin call today!