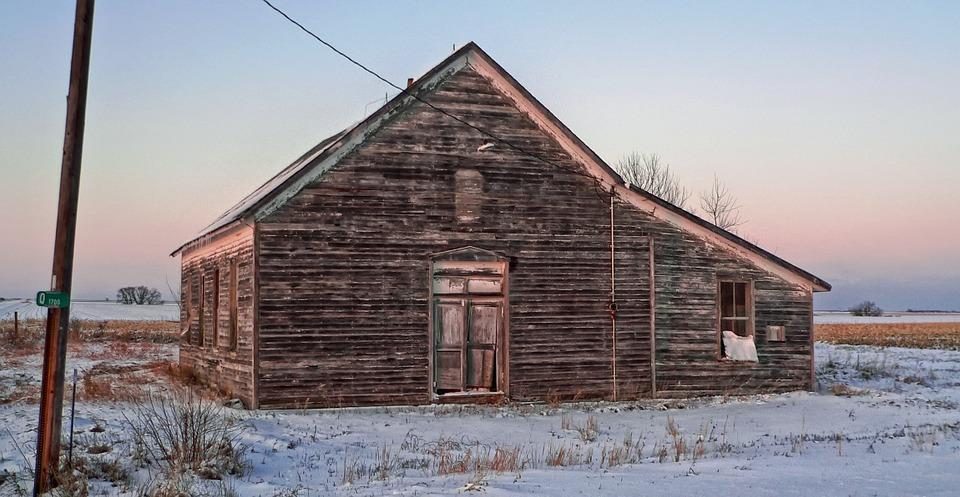 When you imagine a vacant home you probably don’t immediately imagine any electricity being used within. At first consideration, it seems wildly wasteful and impractical to have appliances and devices drawing energy in a home that isn’t occupied by anyone. But once you take a closer look at such a situation this idea falls apart. The most notable example that dismantles this idea is the HVAC system. The fact of the matter is, if you own property that will be or currently is vacant, whether it's temporary or indefinite, you need to consider carefully what settings you leave the thermostat on before you leave.

There’s more than one reason for a home being vacant. It could be that you needed to move in a hurry, perhaps because of a new job or a transfer, and you couldn’t sell your old house before flocking to the new one. Or perhaps you’re a landlord and you’re trying to get new tenants for a piece of property after the last lease ended. Or perhaps you’re just on vacation for the winter and you and your family are making their stay elsewhere for a few months. Either way, if you own a house that isn’t going to have any occupants for more than a week or two, don’t just shut the thermostat off and leave it at that. Doing so can have major repercussions, which we’ll go into in the following tip of the day, along with what settings you should use and why.

Consequences of an Inactive HVAC System

The consequences of turning your thermostat off or setting it too high or too low in your vacant house in an attempt to save on utility bills will vary depending on your location, the time of the year, and the house itself. When it comes to the winter, the most pressing concern is freezing pipes. Though Austin doesn’t typically get the kind of extremely low temperatures that can be expected in colder regions of the company, it has been known to get below freezing here, at least during the coldest depths of the winter during most years. As such, keeping your heater off throughout the winter is a bad idea.

Southern states like ours generally start having issues with frozen pipes when the temperature reaches about 20 degrees Fahrenheit (the distinction is made because houses in the south are less likely to build pipes inside or in the warm parts of your home.) Frozen pipes are a big deal. If the water in your pipes starts freezing, you run the risk of that pipe exploding. This means costly repair and damage control and that’s the last thing you want when the whole point of lowering the thermostat while you’re away for the winter is to save money. Who wants to come home from a lovely vacation only to find their house a total disaster just because they neglected their heating in Austin’s unpredictable winter?

The summer has different consequences when you look at the possibilities that can occur due to an inactive or improperly set thermostat. Now we’re talking about high levels of heat and high levels of humidity across many months, especially for us in central Texas. Keeping the air conditioner inactive during this time is highly discouraged and the main reason for that is the possibility of rampant mold and mildew growth.

Mold and mildew crave stagnant air and warm, humid environments. And that’s exactly what you’ll get in a home filled with wood and without any air circulation or cool air. That humidity will take over the house and without an air conditioner on there will be no circulation of air to help tame it. This will lead to a very high chance of coming home to a mold problem. This can be a big headache that will cost a significant amount of time and money to fix. Factor in the inconspicuousness of mold and how hard it might be to even find the source of the problem and you’ve got a real problem on your hands that’s easily avoidable by keeping the air conditioner running occasionally throughout the warm months.

Settings for Winter and Summer Absence

One thing to consider about wintertime absence in southern places like Austin is that homes are typically not designed with pipe-freezing as the main concern, meaning many of the water pipes will be on the outside of the house and not running through the warmer and more central areas of the house. This means that just because your house is set to 40 degrees Fahrenheit inside that doesn’t mean that that is the temperature your pipes are going to be kept at.

The exact temperature you should keep your Austin heating system at during the winter at an absolute minimum is going to depend on too many factors that one can go over in a broad recommendation. It will depend on the house itself, its age and amount of insulation. And it will depend on the HVAC system and its age. To be safe though, many recommend keeping the thermostat at about 50 degrees. This should be warm enough that there will be no chance of your pipes freezing even through the harshest of Texas winters. It’s also probably much below what you normally keep your thermostat at, meaning you’ll be saving as much money as possible while simultaneously protecting the water pipes of your home from potential freezing.

That’s pretty straightforward. Preventing mold in the summer is a little more complicated only in that you have a few options depending on the equipment you own. If all you have is a standard manual thermostat, your task is simple but you’ll be saving the least amount of money. You should keep your air conditioner on no higher than 80 degrees throughout the summer to keep the air conditioner turning on periodically but not so often that it is wasting unnecessary electricity. This will keep air circulating daily throughout your home to prevent mold and mildew growth and stop humidity from becoming a problem.

If you have a programmable thermostat you can be even more frugal. A programmable thermostat is a more energy-efficient and effective option. Some sources recommend programming your thermostat to go down to 72 degrees for just two hours each morning before sunrise and rise to 88 degrees the rest of the time. This will help prevent mold by removing moisture from the air during the cooler hours when relative humidity is highest and your air conditioner runs most efficiently.

Even cheaper than this option is leaving your air conditioner off entirely and opting for using a dehumidifier instead to directly address the problem of excess humidity in the summer. This is the most energy-efficient option for preventing mold growth in a vacant home because humidifiers use less electricity than air conditioners. Use one dehumidifier for every 1,000 square feet of floor area. Set the controls to 58 percent humidity, and place them by the kitchen sink or bathroom shower so water from the drainage tube can go down the drain. Keep the doors to each room open to help the dry air mix with other air throughout the house. A floor fan set on low speed can help circulate dehumidified air to other rooms. Additionally, you can add timers to the dehumidifiers and fans to limit their operation to 9 pm until noon each day to save even more energy.

The thermostat and your HVAC system isn’t the only thing you have to decide what to do with before you leave your home for the summer or the winter. Several other appliances throughout the house will need your attention as well if you want to save the most money and prevent any accidents.

Clear out your refrigerator and freezer before you go and turn off the circuit breaker for the fridge to save on the cost of running it needlessly for months on end. Make sure you give it nice clean beforehand to avoid bugs and keep the door open slightly. Unplug electronics to save money and protect them from lightning strikes during the rainy season. Remember, if it feels warm to the touch when it is plugged in, then it is consuming energy, even when you are not using it. Unplug your satellite or cable box to prevent it from drawing unnecessary energy as well.

Make sure your home is as thief-proof as possible before you leave for an extended period of time. One way to do this is to make your house as inconspicuously unoccupied as possible. Have your mail forwarded and ask a friend or neighbor to remove any flyers or door hangers that are left there. Double-check your security system and make sure everything is in order there. Store valuables that you are not taking with you in a safe deposit box or another secure offsite location.

If you own a home and it will be unoccupied for any extended period of time you need to consider what your thermostat is set to. The perfect settings that strike a balance between energy efficiency and damage protection are going to depend on a number of factors including the type of system, the age of the home, the weather conditions, and the season. The basic rule of thumb is to keep the air conditioner set so that it turns on several times a day in the summer to prevent mold growth and overly high humidity in the home. And you want to make sure the heater turns on enough in the winter to prevent pipes from freezing.

One thing you also must consider is to make sure your heater is in good shape before you leave. If something happens and there’s a breakdown that causes the heater shutoff in the midst of a harsh winter you could be in for a nasty surprise when you get back. That’s why it’s better to get any Austin heater repair done early before problems get worse. AC Express is an Austin heater repair company whose service area includes Hutto, Manor, Liberty Hill, Taylor and more areas in the Austin area. Get top-quality Austin heating service whenever you need it. Call today!