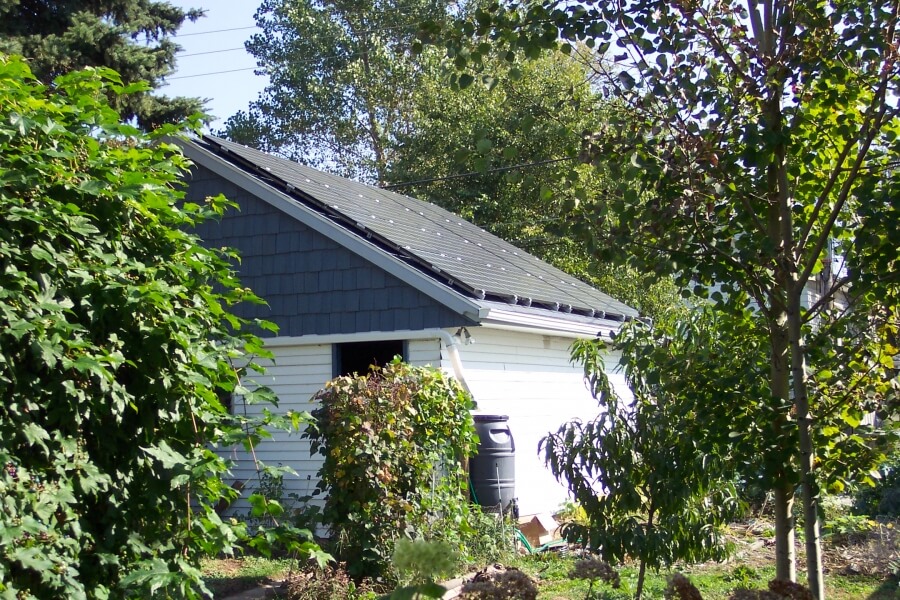 There’s more than one way to skin a cat and there’s more than one way to heat a house. Some ways work better than others for different people and different regions, situations, house sizes, etc. There are also many things that people look for when they’re taking close consideration of how their new house will be heated. And it is something that’s worth putting some thought into. Most people find it easy enough to just go with the standard run-of-the-mill furnace and that works great for a lot of people. But there is the potential to do more for those interested, more in terms of comfort, more in terms of energy efficiency, more in terms of sustainability.

Solar power in general is one of the most exciting renewable resource possibilities we have available to us in this day and age. Solar panels are the flagship example of how to utilize the sun for energy but they are far from the only option. Solar panels are an example of active solar energy. Today we’re going to investigate the other side of the road, passive solar heating. Read on to learn about what passive solar means, what it looks like, and how building design itself can provide heating in Austin in the winter.

What is Passive Solar?

Passive solar energy is the idea that you can utilize the power of the sun without going through the roundabout path of turning it into electricity and then using that energy to power devices that can heat or cool or do whatever else it is that you’re trying to do. Instead passive solar heating involves using the direct heat that the sun naturally provides in the most beneficial manner possible. This most commonly involves the building design itself, in conjunction with strategic planning of the building’s location.

In passive solar building design, windows, walls, and floors are made to collect, store, and distribute solar energy in the form of heat in the winter and reject solar heat in the summer. This is called passive solar design because, unlike active solar heating systems, once the system is in place the heating happens passively, and doesn’t involve the intervention of devices and mechanics.

The key to designing a passive solar building is to best take advantage of the local climate by performing an accurate site analysis. The placement of windows, keeping in mind where shade is going to occur, etc., is all paramount to the proper execution of a passively heated home. Elements to be considered include window placement and size, and glazing type, thermal insulation, thermal mass, and shading. Passive solar design techniques can be applied most easily to new buildings, but existing buildings can be adapted or "retrofitted" at least to a degree.

A well-designed passive solar home first reduces heating and cooling loads through energy-efficiency strategies and then meets those reduced loads in whole or part with solar energy. For example, because of the small heating loads of modern homes, it is very important to avoid oversizing south-facing glass and ensure that south-facing glass is properly shaded to prevent overheating and increased cooling loads in the spring and fall.

Deciding on a Building Site

The absolute first step in designing the most efficiently passively heated home is choosing the right location to build. This can make or break the passive solar system and requires the help of knowledgeable professionals who can determine how the location you’re looking at is going to influence the amount of sun you’re going to get.

So let’s get into specifics. If you’re planning a new passive solar home, a portion of the south side of your house must have an unobstructed view of the sun. Consider possible future uses of the land to the south of your site, small trees become tall trees, and a future multi-story building can block your home’s access to the sun. In some areas, zoning or other land-use regulations protect landowners’ solar access. If solar access isn’t protected in your region, look for a lot that is deep from north to south and place the house on the north end of the lot.

There’s a surprising amount of math and geometry involved in successfully designing a passively heated home as knowing the angles of the sun’s path during the days is important. The sun path is unique for any given latitude. In the Northern Hemisphere non-tropical latitudes, farther than 23.5 degrees from the equator the sun will reach its highest point toward the south. As the winter solstice approaches, the angle at which the sun rises and sets progressively moves further toward the South, and the daylight hours will become shorter. The opposite is noted in summer where the sun will rise and set further toward the North and the daylight hours will lengthen.

For best passive heating performance, daytime living areas should face north. Ideal orientation is true north but orientations of up to 20° west of north and 30° east of north still allow good passive sun control. These are some of the main principles to keep in mind when deciding on a building site and house orientation. Hills are obviously going to be better than valleys. Tree obstruction should be limited. Regions of the country with less cloud coverage in winter are going to work best. Because we have mild winters here in Austin and lots of hills passive solar is a viable way to go for your home heating.

Next, let’s go over some of the guiding principles of design that allow passive solar heating to happen. This includes things like the two main distinctions of passive solar energy collection, indirect gain and direct gain, and the kinds of materials that are used to this end.

Direct gain simply refers to a system in which the sunlight is allowed unobstructed access to the interior of the house and the heat transfer directly to these areas. Sunlight is admitted to the space (by the south-facing glass) and virtually all of it is converted to thermal energy. The walls and floor are used for solar collection and thermal storage by intercepting radiation directly, and/or by absorbing reflected or reradiated energy.

The materials used in the building design are important. Effective thermal mass materials include concrete or stone floor slabs. These have high specific heat capacities, as well as high density. It is ideally placed within the building where it is exposed to winter sunlight but insulated from heat loss. The material is warmed passively by the sun and releases thermal energy into the interior during the night. The most important characteristic of the passive solar design is that it is holistic, and relies on the integration of a building's architecture, materials selection, and mechanical systems to reduce heating and cooling loads. It is also important to consider local climate conditions, such as temperature, solar radiation, and wind, when creating climate-responsive, energy-conserving structures that can be powered with renewable energy sources.

Direct gain design is simple in concept and can employ a wide variety of materials and combinations of ideas that will depend greatly upon the site and topography; building location and orientation; building shape and space use. Indirect gain involves more processes in getting the energy from the sun and turning it into heat in the home but it can be more flexible under certain circumstances. The term generally refers to the usage of basic elements of collection and storage of heat in combination with the convection process. In this approach, thermal storage materials are placed between the interior habitable space and the sun so there is no direct heating. Instead, a dark-colored thermal storage wall is placed just behind a south-facing window. Sunlight enters through the glass and is immediately absorbed in the surface of the storage wall where it is either stored or eventually conducted through the material mass to the inside space.

So far we’ve focused mainly on the benefits of passive solar heating and how it can be done. But it’s worth mentioning that it isn’t a perfect heating solution and like any other, it has its drawbacks and things it doesn’t do as well. Clearly one of the biggest of these is the fact that you can’t exactly dial in exact temperatures with passive solar heating simply because it relies on the passive acceptance of the heat of the sun.

So for those who are particular about your comfort and the temperature you like to keep your house at this may not be a good option. There’s no thermostat for the sun. Another disadvantage is it is something that is hard to do right and can cause problems with home temperature consistencies if done wrong. Direct gain systems in particular are easy to mess up. There are smaller problems too. For example, all the extra daylighting can cause serious glare issues unless care is taken to create sun-free zones. Also, the large amount of solar glazing can give rise to privacy problems unless the windows are carefully shaded.

Passive solar heating, it’s green, it’s efficient, it’s off the grid. It’s got a lot of appealing features as a way to heat your home that doesn’t involve fuel or inordinate electricity bills. There’s a lot of prep work and initial investment costs that can scare off many people for those who want to design for themselves a high-tech, energy-efficient house that will bring them comfort and joy for many years it is an option worth looking into.