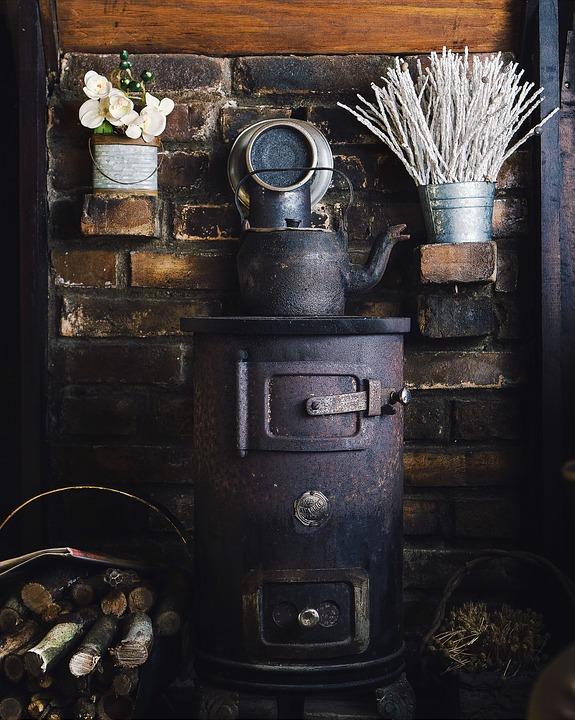 When it comes to home heating in Austin, furnaces remain far and above the most common form. This is true of the United States in general and has been for a while. Why is this? Well, there are several reasons. Furnaces do their job well and don’t require an absurd amount of maintenance. They pair very well with their cooling counterpart, the air conditioner because they use the same ductwork system to distribute the warm air they produce and they use the same thermostat to control that air.

Not all furnaces are created equal though. Today there are more options than ever when it comes to furnaces. There’s a whole range of fuels furnaces can run on, a whole variety of types of furnaces, and a spectrum of efficiency levels that furnaces come in. That’s why in today’s tip of the day I’ll run down the basic classifications of furnaces to give you an idea of what’s out there. Hopefully, in doing so you’ll be better prepared to make a decision when it comes time to buy a new furnace. There’s a furnace out there that’s a great fit for anyone so let’s jump into it.

Each section in this tip of the day will go over one important dividing distinction that separates the multitude of furnaces available today into different types. This one will be dedicated to one of the major divisions between furnace types, the gas valve, and internal control of heat and air output. Furnaces can be broken up into three types in this way, single-stage, two-stage, and modulating.

Many single-stage gas furnaces operate around 80 percent annual fuel utilization efficiency (AFUE). While this system will get the job done for homeowners in mild regions of the country, don't expect significant savings on monthly energy costs. This is your standard type of furnace. It either blows air at full power or doesn’t, depending on whether the thermostat reads the temperature in the household to be above or below the set temperature.

Two-stages furnaces are the next step up in sophistication and efficiency, and in some cases that step up can make a significant difference. This type has two stages of operation, full speed, and half (or reduced) speed. Depending on the demanded heat, they can run at a lower speed most of the time. They can be quieter, move the air at less velocity, and will better keep the desired temperature in the house. This system communicates with the thermostat to "read" the home’s heating load.

When the heating system cycles on, the valve opens to half power. With an 80,000 British thermal unit (Btu) system, it will begin delivering 40,000 Btus, which should suffice for milder winter days. Only when the thermostat sends the signal for high heat will the valve open to full and provide the right amount of heat for the home. What this means is that when there’s a significant difference between the thermostat set temperature and the ambient temperature the fan is going to run at full speed, as the temperature creeps closer to the set temperature the fan will slow down and the work the furnace does will be reduced. Another advantage is that at half power, the system tends to run a longer heating cycle. That means better distribution of heat and more comfortable home. This translates to more efficient Austin heating and a more even temperature in the house. This means more comfort and a lower energy bill.

Finally, you have the next evolution, the modulating furnace. A furnace with a modulating gas valve adjusts the heating output more precisely. Even more so than the two-stage furnace. Most regulate output by 1 percent increases, which lets these systems adjust how much gas is needed for home heating needs by the minute and run at maximum efficiency. If you looked at the output of the furnace as translated onto a graph you’d see a smooth curve starting high and gradually decreasing and then gradually increasing again like a sine wave.

That optimal heating boosts comfort by evenly regulating room temperatures. In very cold climates, where the demands for heating are high and the season long, it makes sense to invest in this top-of-the-line system. This is going to push your energy efficiency as far as possible and the result will be maximum savings on your energy bills. The biggest downside of course is the initial investment. All three of these types of furnaces are listed in order from least to most expensive. It only makes sense that the more sophisticated the system the greater the initial investment. But this can pay itself off in energy savings given enough time.

One or Two Heat Exchangers

Heat exchange is comprised of a series of tubes or pipes that are used to transfer heat from the furnace into the home. It’s where the main action of the furnace happens. The hot gases produced by the burners enter and travel through the heat exchanger. The combustion gases, which are now cooled down, are then directed into the venting pipes by a draft inducer blower and taken out of the home. As the hot gases pass through the heat exchanger, heat is transferred to the exterior walls. The furnace blower moves air over the exterior walls of the heat exchanger absorbing the heat. The heated air then moves into the ductwork where it is distributed throughout the home.

Most furnaces have just one heat exchanger. This is what you could call a conventional furnace. A conventional furnace has a single air exchanger that captures up to 80% of the heat that is generated through combustion. This means they typically have a fuel efficiency rating of up to 80% AFUE. That means around 20% or more of the heat from combustion is exhausted into the outside air before it can be used to heat the home. That 20% is just lost and doesn’t affect the air in your home at all. Although the gases are cooled as they go through the heat exchanger, they are still very hot when they exit. Therefore a double-walled vent pipe is required. These are made with a galvanized exterior, and an aluminum interior that creates a small air-insulating space between the walls. But even these pipes become hot enough to cause a burn if touched.

A conventional furnace will exhaust its combustion gases quickly, causing the gases to exit the chimney flue before cooling and condensing. As a result, the conventional furnace heat exchanger does not extract as much heat from the fuel combustion process as possible. A condensing furnace extracts heat for a longer period of time, to the point where exhaust gases having cooled and condensed. This is accomplished by using two heat exchangers, one for primary heat exchange and a secondary heat exchanger to handle the corrosive condensed exhaust gases of water and carbon dioxide.

The exhaust gases are depleted of heat until the water condensate drips out of the furnace’s heat exchanger and the flue gases escape from a plastic PVC pipe instead of a chimney. Condensing furnaces are extremely efficient, pulling up to 98% of the heat out of the gas before it exits the chimney. Deciding between these two types of furnaces is once again a decision based on efficiency versus cost. Also, there are different problems that can arise in a condensing furnace that don’t in conventional furnaces simply because of the way they operate, such as leaks in the condensing drain.

There are more distinctions between different models of furnaces than these but the operation of the gas valve and the number of heat exchangers resemble two of the biggest divisions between types of furnaces. The gas valve distinction refers to how many different speeds of operation and output the furnace can perform, from just one, full speed, too many as in the modulating furnace. The number of heat exchangers represents the difference between conventional furnaces and condensing furnaces, which will also change the amount of energy efficiency and how much fuel you’re losing as a byproduct of the air heating process.

Regardless of the type of furnace you currently have or will have in the future, you’ll need to keep it maintained if you want it to last and stay efficient and healthy. Scheduling your annual furnace checkup is the best thing you can do for your furnace. AC Express is an Austin heater repair company that performs routine maintenance checks all throughout the Austin area, from Cedar Park and Georgetown to Pflugerville and Round Rock, and more. If you’re looking for heater repair in Austin, look no further. Call AC Express for exceptional Austin heating service.